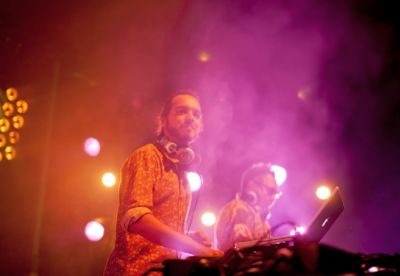 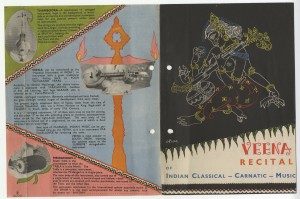 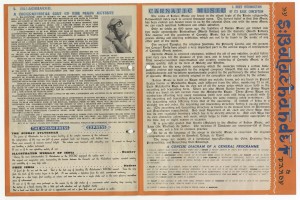 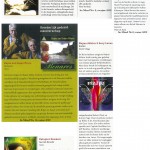 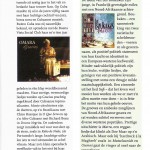 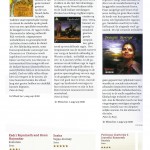 The documentary is mostly in dutch, but this video offers a transcript in english locked to the timetable, in order to make this production accessible for an international audience. To allow convenient reading of this transcript, you should play the video in HD (1080p).
Production date: May-June 2002. First broadcast by Concertzender on 8 November 2002, also broadcast by Radio Netherlands on 25 and 29 December 2002. Voice narrator: Wim Vriezen.
In the documentary ‘Playing around India’ (produced May-June 2002) programme maker Pieter de Rooij introduces the career of the brilliant 31-year-old (that is, in 2002) cellist Saskia Rao-de Haas. She is one of the very few people, and the only European, to play the classical ragas of North India on the cello. She is considered the only genuine cello soloist by the Indian concert going public. Her virtuosity and deep musicality have introduced a new resonance to Indian music and have been enthusiastically receieved by critics and audiences worldwide. To achieve a proper Indian sound Saskia Rao-de Haas plays on a specially modified cello: smaller (so as to be able to be played sitting on the floor), with five instead of the usual four strings, and with ten ‘sympathetic’ strings. These freely resonating strings give a beautiful Indian sound to the cello and the instrument has quickly become very popular.
For two years (speaking from 2002) Saskia Rao-de Haas has lived in New Delhi with her husband, the famous Indian sitar player Shubhendra Rao. As well as traditional raga improvisations, she and her husband play their own compositions in which they mix classical Indian music with elements from European folkmusic and Western classical music.
In May and June 2002 Saskia and Shubhendra toured outside India when, for the first time, Western audiences were able to hear the combination of sitar and cello in Indian classical music. Programme maker Pieter de Rooij caught up with the couple in Amsterdam where they gave a concert at the KIT Tropen Theatre on 25 May. Saskia talks about her music, her cello and her life in India. Her husband Shubhendra, the violin maker Eduard van Tongeren and her former teacher at the Rotterdam Conservatory, Joep Bor, all have something to say about Saskia’s amazing cello adventure. Recordings from the Amsterdam concert are heard during the documentary. 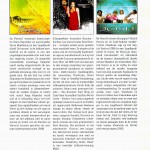 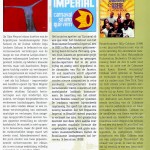