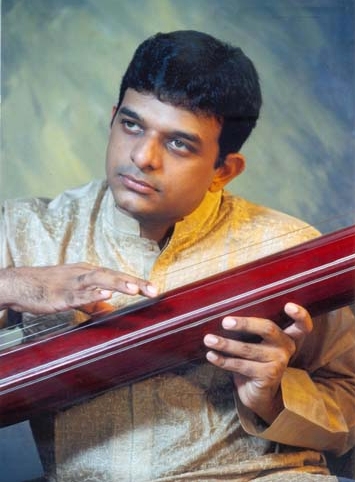 On Friday 31 July 2009, from 21.00 to 22.30 PM (dutch time), Gharana – my Concertzender programme on raga musicians and their performing tradition – features singer T.M. Krishna (b.1976) from Chennai (formerly Madras), one of the young top performers in carnatic -or South Indian- raga music. He’s known for his glowing voice and END_OF_DOCUMENT_TOKEN_TO_BE_REPLACED 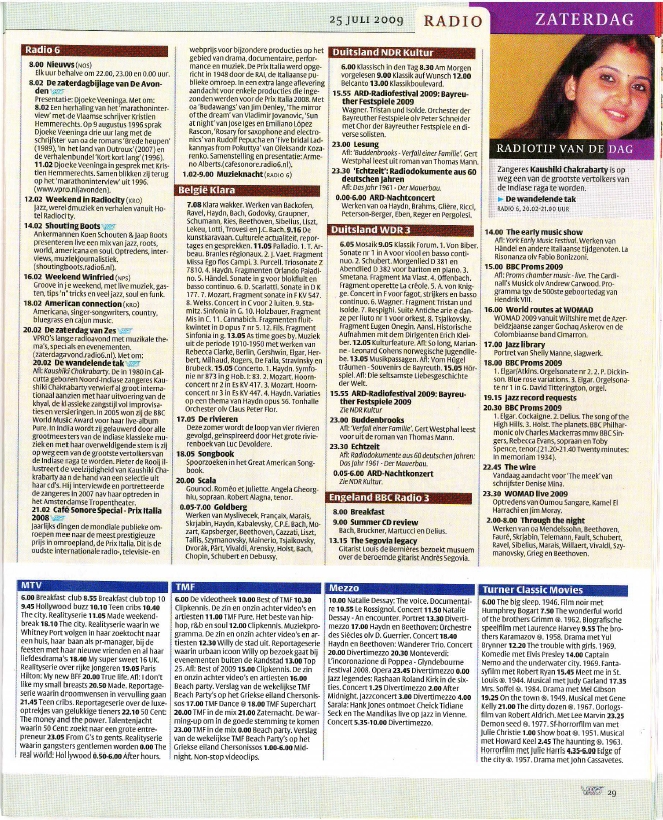 On Saturday 25 July 2009, dutch national channel Radio 6 featured a special on Kaushiki Chakrabarty in VPRO’s world music programme De Wandelende Tak. The programme’s host Walter Slosse interviewed me on Kaushiki’s career and music.
I also selected the music that was played in the programme, great music of course! The programme is still available for listening on demand. 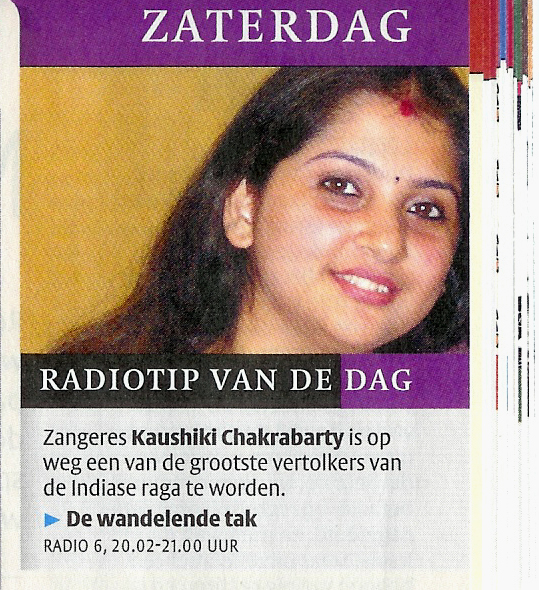 The programme was highligted as ‘radio programme of the day’ – with a photo (see above) of Kaushiki added and with additional info elsewhere on the same page (see below) – in the VPRO-guide (no.30, 25-31 July 2009), Holland’s best TV&Radio Guide. 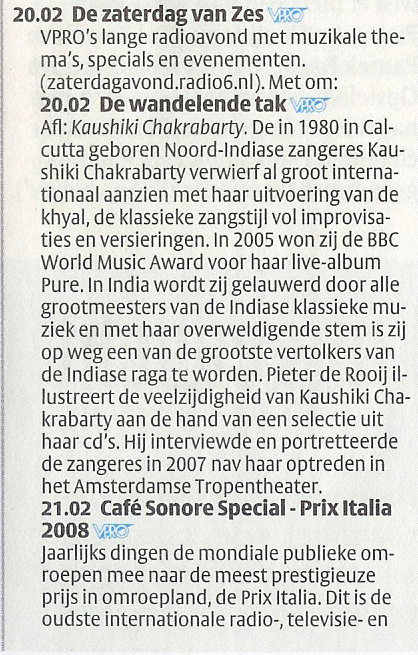 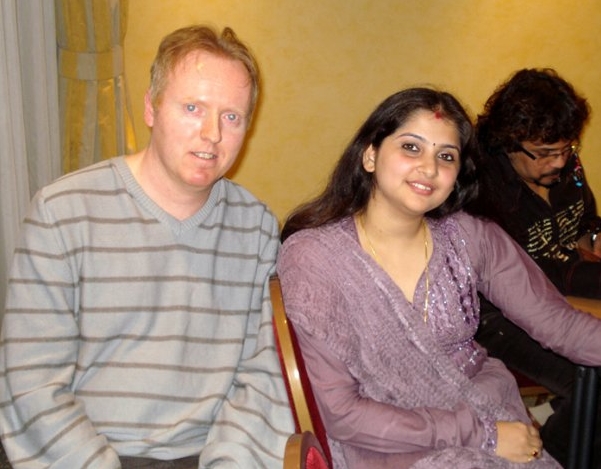 The picture shown in the VPRO guide is a cutout from this picture, showing me and Kaushiki in Leicester, during the Darbar Festival 2008.

Two years ago I portrayed Kaushiki in my radioprogramme Gharana and this episode is still ‘on demand’ available on the Concertzender website and I’ve also published a Youtube-portrayal of Kaushiki and some clips of her great Amsterdam concert in April 2007. Check it out, it’s great to hear and see her in performance!

You can still listen online to the special on Kaushiki.

Don’t miss Kaushiki at her best in this radio-special!