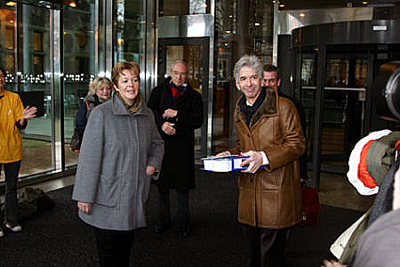 After receiving the petition from the Concertzender-delegation Minister Ronald Plasterk commented shortly that he considers De Concertzender an important station and he promised to do his best for its cause.

On thursday 13 november 2008 De Concertzender was informed of the decision by the board of the NPO (Nederlandse Publieke Omroep) – the Board of the Dutch Public Broadcast Service – that they plan to stop all funding for De Concertzender in its present form. The option left for De Concertzender is -according to this plan- contributing a few of its programmes through 3 digital themechannels that are to be distributed via internet. Implementation of this plan will be the death penalty for the unique 24-hour programming of De Concertzender and a lot of other great contributions by De Concertzender, such as the recording of 250 concerts evry year, the promotion of young musicians, ensembles and composers, the education and development of young radio producers, the intense documentation and promotion of evry aspect of Holland’s music culture, the cooperation with venues, conservatories and festivals, the already existing rich output of music via Concertzender’s 13 themechannels and the great ‘on demand’-service. As a provider of all these unique and high quality services at an extremely low budget De Concertzender has proven to be an irreplaceable musicstation in the dutch media landscape, fulfilling like no other its duty as required from dutch broadcasters.

Listeners, musicians, composers, music teachers, impresario’s, ensembles, festivals, venues, conservatories and many colleagues are shocked by the decision to pull the plug on De Concertzender. Recently they’ve responded in great numbers to protest against this and to give their support to De Concertzender. 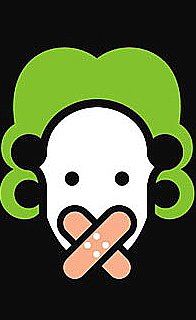