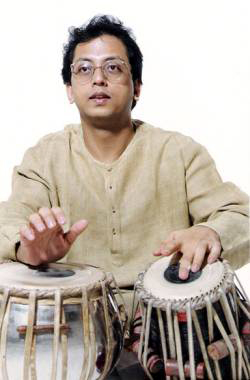 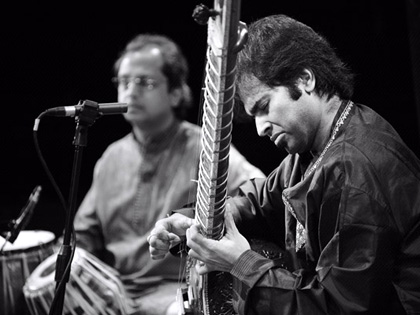 The programme’s first half features a musical portrait of Yogesh Samsi. He tells me about his music and his gurus, among them his father Dinkar Kaikini, famous singer of the Agra Gharana and of course he elaborates on Alla Rakha (1919-2000) -father of world renowned tabla player Zakir Hussain and more than twenty five years Ravi Shankar‘s principal accompanist- who taught Yogesh for 23 years in an intense and very fruitful guru-shishiya (guru-disciple) relationship. Alla Rakha is a most significant exponent of the Punjab gharana and Yogesh is an important successor of his guru’s legacy. Yogesh’s talking in the portrait shifts with recordings of his gurus, several of his recordings with a variety of raga artists and with recurring segments of a brilliant tabla solo performance, recorded in 2005.

In the second half of the programme, after the portrayal, there’ll be played a very nice segment of the great concert Yogesh did with sitarist Purbayan Chatterjee at this year’s Darbar Festival, then followed by two fantastic complete recordings of the tabla player with famous Mewati gharana violinist Kala Ramnath and with Ajoy Chakrabarty, the celebrated raga singer of the Patiala Kasur gharana. The programme closes with a breathtaking fifteen minute tabla solo performance by Yogesh Samsi in Deepchandi, a fourteen beat cycle. 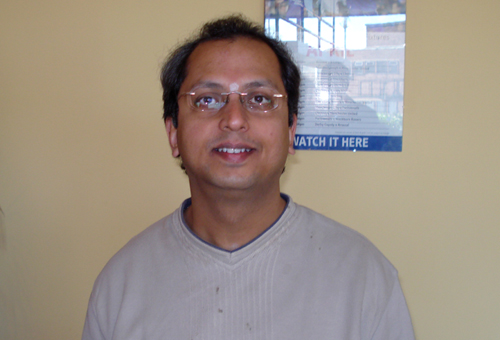 For details, see the playlist below. You can listen online via De Concertzender or ‘on demand’ AFTER broadcast via this programme schedule page, by clicking on the speaker icon that will appear on top of the page after broadcast.

Check out the links in my message if you quickly want to find out more about several topics and artists concerned with my programme.

Playlist
The musical portrait of Yogesh, in the first 45 minutes of the programme, will feature segments -most of them short ones- of the following recordings:

in the second half of the programme, after the portrait:

then the following three complete recordings: